Girl Guides of Canada launched some new specialized programs for the 2016-2017 school year. One of them is called Girls Count. This session focuses on building early skills in financial literacy and understanding the power of money. Personally, I thought the name was quite clever!

We had to divide the content into three parts in order to fit the program into the structure of our meetings. By meeting two, I was starting to feel that the material was only partially sinking in and most of it was going over their heads.

Safe Spaces to Save was the easiest to understand. I adapted the message to fit cookie selling situations. A co-guider and myself acted out different options and consequences on how to store money while selling cookies. The girls had to vote which were the safest methods, and which were the riskiest methods.

However, when it came to how money is accessed and various forms of payment, they had more difficulty with the learning objectives. I got the sense that they haven’t had much exposure to banks, ATMs and  cheques. I thought tackling these subjects would be ok for first-year Guides, but maybe next time I will wait until event planning and budgeting is addressed before getting specifically to money. That way the Girls will have some related tangible concepts down first.

I was expecting to just conclude the Girls Count program with Money-opoly and move back to the regular program challenges, but the results of this last session actually surprised me. Here were some questions / comments from the participants:

I probably learned as much as the Girls through this exercise. Their remarks gave me a lot of insight into how they think, the things they understand and the concepts they don’t. Here are some of their perceptions:

I think I would include this game as a “free time” activity during a future winter camp, as its easy for them to self-moderate. I’m still kind of surprised at how much they enjoyed it; it might be because budgeting is such a new concept and they are still developing the best budgets for their lives. Until they get tired of it, I’m happy to let them play over and over again.

Try Money-opoly for yourself! It’s on page 9 of the Girl Guides’ Girls Count instant meeting. 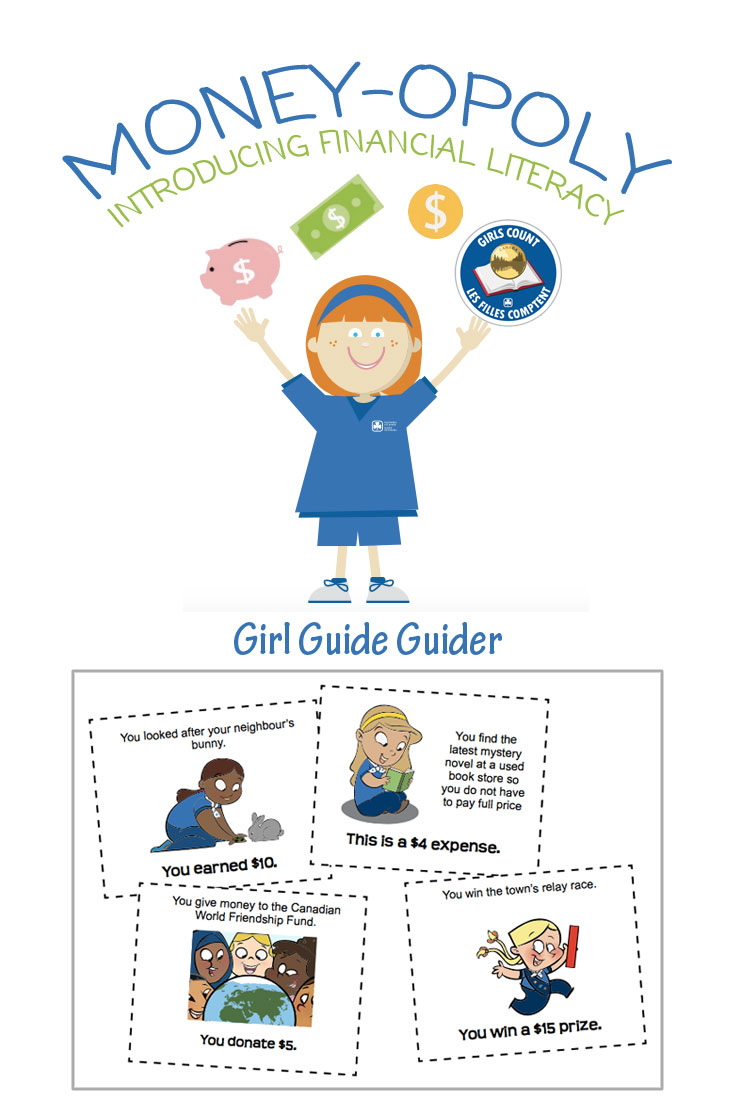 I'm a passionate Guider for a Brownie & Girl Guide unit in the Greater Toronto Area. Children have so much imagination and creativity, so sometimes the adults need a kickstart or two to catch up! Here are some ideas to guide your Girls to greatness. View all posts by Christina Wang